The UFC 148 Silva VS Sonnen II is a rematch from UFC 117 where Sonnen lost to Silva after submitting from a triangle armbar with 1:50 left in the fight. Many could be betting again for Anderson Silva winning again against Chael Sonnen. 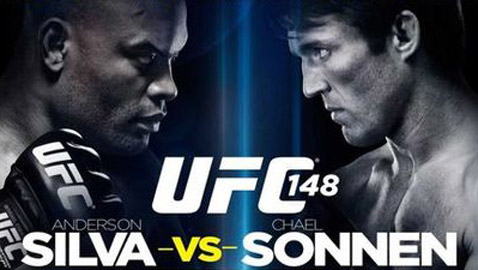 You can still buy tickets from ticketmaster and StubHub! to watch the UFC 148: Silva VS Sonnen II live in pay-per-view, or you can just watch at a bar near you or from live streaming online.