Filipinos are known to be fighters. Manny Pacquiao even added the “never mess with Pinoys” image as he’s one of the best pound for pound boxer in the whole world. This is true when it comes to boxing, but in basketball? Well, it seems that way as well.

The Gilas Pilipinas VS Australia Boomers which was help in the Philippines tonight has some added flavors for the basketball fans. The players got into a clash when Daniel Kickert started the brawl by sending a solid elbow blow to the face of RR Pogoy of Gilas Pilipinas. The Gilas players inside the court and even from the benches hurriedly joined the brawl. Only 3 players were left after the thrown-out sanctions: Baser Amer, Gabe Norwood and Junemar Fajardo. 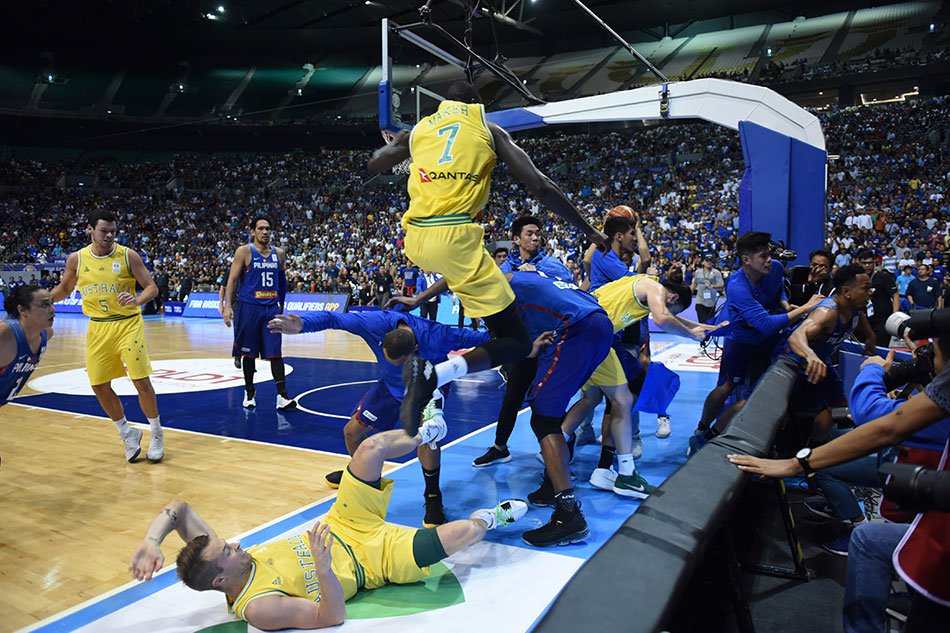 Check the video below and see for yourself.

Now what do you think about this incident? Do you believe that even if we lost the game…we’ve won in some point, like defended our pride, since we were being bullied/harassed in our home court? Share your thoughts.