Here’s a BIG issue in the boxing industry! Have you watched the battle of Victor Ortiz VS Floyd Mayweather Jr.? It’s very hilarious because of what we can call ‘dirty’ tactics that happened. While watching the first 3 rounds of the Mayweather VS Ortiz for the World Welterweight Belt, I’ve been noticing his ‘dirty moves’ like using his elbows, punching while getting separated by referee, etc. throughout the game. A chicken like Floyd Mayweather Jr. who has the play of ‘hit and run’, won’t even have a 0.01% chance to win against Manny ‘Pacman’ Pacquiao. That’s for sure, no bias intended! 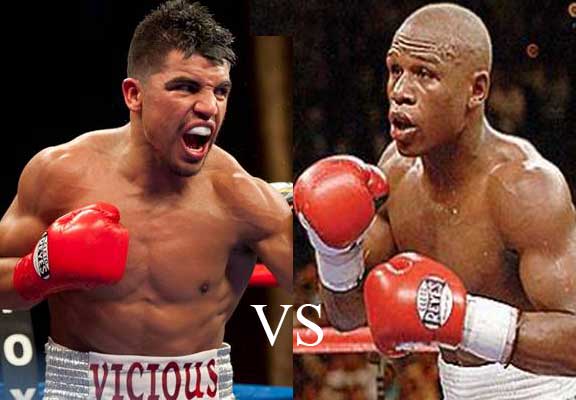 Honestly, Victor Ortiz could have won that bout, but what has really happened? I strongly go against the victory of Mayweather. He made a dirty 2-punch combo that knocked out Ortiz. He did that while Ortiz was apologizing(because of the head-butt), and off-guard. Was that must be considered a real victory?

You should see the replay of the 4th round! I bet you’ll want to beat the crap out of Mayweather too! Ortiz is nice, and I can say he’s very sport and clean. Another funny moment, the interview by Larry Merchant after the fight was a real laughtrip. Mayweather was a very BULL, who can’t even accept his cheating actions. What a crap!

Just fight PACQUIAO man! That’s all I can say to Floyd Mayweather Jr., and please don’t reason about drugs or what. You’re just a chicken, probably a hen. Hahaha! 🙂