Last 2009, we experienced a tremendous rainfall which they considered as a storm. It was Ondoy, the storm that shocked the Philippines in the year 2009. Now we are facing a same case, but this time it’s just Hanging Habagat(Southwest Monsoon) or simply they call 08/07 Rainfall. This rainfall only pauses for minutes or close to an hour, I don’t think it stopped for an hour already. Quite fierce, eh?

So now we are reviewing the comparison between the two events. Ondoy VS Aug 7 Rainfall, or simply Ondoy VS Habagat. The image below is found in Facebook. The sources are indicated in the lower left of the image, and could be thanks to Ensogo for the comparison courtesy. 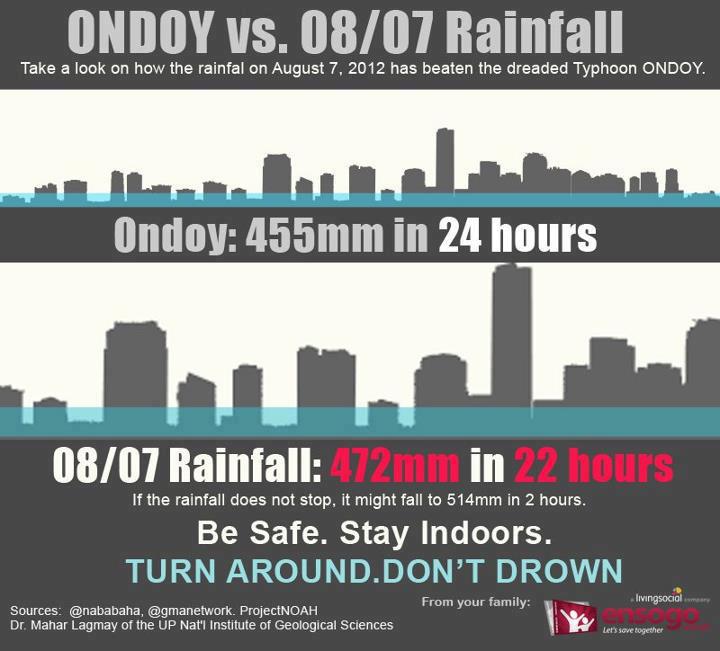 The case would be Habagat as the winner. Wow! It’s not even a storm. What if it was? We could be on top of our house now or in any high buildings. I guess building an Ark is a solution. Haha!