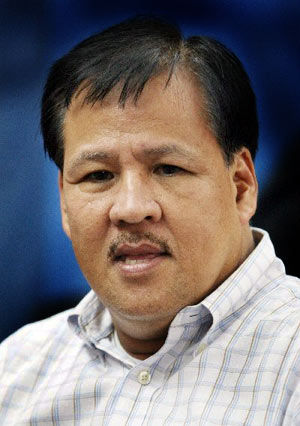 It was very disheartening to us Filipino to see and hear “RIP Secretary Robredo” or “RIP Robredo”. Well, it’s true, his body was found already, and sad to say that he’s dead. It was found inside the plane, where you won’t think any possibility of survival of any human being trapped there. The plane was positioned upside down after the crash. Only luck can save you with the proper time.

The aid of our DILG Secretary Jesse Robredo, the only survivor from the passengers of the plane, was very very lucky to claim his time from death. He got the chance to jump off from the plane the moment it crashed to the sea. Secretary Robredo, having old age and big body couldn’t manage to exit the plane in the right time. This is very tragic.

What I can say about Sec. Robredo? he’s a very kind man and you won’t hear anything bad about him in speaking of political issues. Let’s say that he’s ONE of the NON-CORRUPT government official. We can even compare him to our late 7th President Ramon Magsaysay. They both were great, and deaths were due to plane crash. It’s just that Magsaysay was in a sabotage plane crash, that’s what I believe in. Despite those good traits of Robredo, I guess it was his time already.

Well, he cancelled his Cebu Pacific trip, and chose a private plane. The pilot’s good and popular and well experienced. So, was it meant to be? The pilot also had his time as he shouldn’t be piloting that, but because it’s the Secretary, he took the job. It proves that Robredo’s aid defied death for it’s not yet his time.

Let’s pray for the soul of the pilot and our dear Secretary Jesse Robredo. May his soul rest in peace.