A sudden miraculous event has happened again involving meteor showers. What we have known as the “Meteor Shower of November 2010” is also known as “Leonid Meteor Shower” which came from 55P/Tempel-Tuttle comet. It was said to originate from the Leo constellation.

As you can see, it won’t be easy to see the meteor activity as this year, we’re having a half full-moon where it could light the night sky enough to not notice some activities from the sky. There is a way to finely see the meteor shower. You should go to a place where buildings do not dominate the land, and the part of which the dark also dominates the sky. In this view, you can see the Leonid meteor shower passing by. 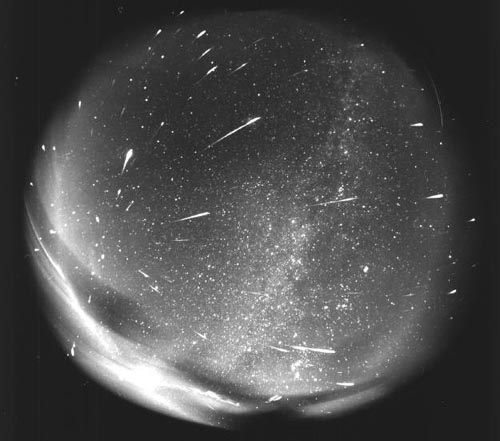 There was a live audio and video feed for this “Meteor Shower of November 2010” matter. It was provided by NASA through their camera mounted in NASAâ€™s Marshall Space Flight Center in Huntsville, Ala. You can see some videos about this from the NASA website, or video sites like Youtube. Though you won’t see much about it in the live video feed, you can hear much sound of the Leonid meteor shower.

Meteor Shower of November 2010 will be memorable for this year. A fantastic meteor shower could also be the year-ender for 2010. If only you could see it with your own eyes, it would be relaxing and amazing.