Are you fond of playing ‘Defense of the Ancients’ or commonly known as ‘DOTA’? It is very popular for the last 5 years. Why is it not fading away unlike what happened to Ragnarok and Counter-Strike? It’s not like it has good graphics at all, but why is it that many kids and even adults are still addicted in playing DOTA? 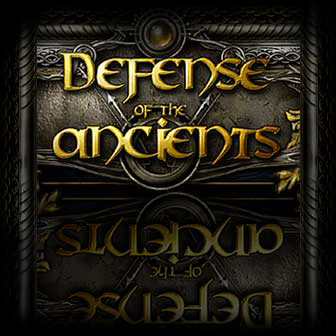 DOTA is played through Warcraft III with the expansion pack, Frozen Throne. It is just a map which updates maybe monthly, or depending on how often the creator updates a map. The Warcraft III: Frozen Throne should be updated too, like 1.21a would be fine for the current version of DOTA official map.

In order to win in DOTA, you must terminate the base of your opponents, Tree of Life for Sentinel while Frozen Throne for Scourge. You won’t destroy the base unless you become strong by leveling up and creating weapons, and finally kill the opponents for them to unable to defend the base.

Actually, I’ve been playing DOTA since 2005. I started with the version 6.16 as the map. I was still playing until this year, but not last month and this month. I realized that I should stop playing often. The effects vary my performance in school, and even my habits at home. It’s also a waste of time. Keeping those in mind makes me able to resist playing that game. Having the mindset of just save money for snacks and play lotto every other day(P20/day as bet) makes my plan of stopping DOTA a success.

I really enjoy DOTA, but I guess I should limit on how often I play it. How about you? Do you still play, or have you stopped already too?