Not sure if this is still going to happen, but I know you guys still want to seeÂ Floyd Mayweather VS Manny Pacquiao, right? We Filipinos and other boxing fanatics don’t want Mayweather retiring undefeated, that’s why we want to see this Mayweather VS Pacquiao. 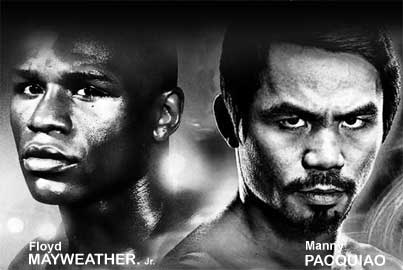 Well, just one question regarding this one. Is this still gonna happen? We all know that Pacquiao had a three losing streak this year. I count Pacquiao VS Marquez III as a defeat because it was really a bad fight for Pacman, not his usual fight scene. The second one was from Timothy Bradley which was really cooked by the judges (yeah, we all know that). Then, the last one was the recent fight which was Pacquiao VS Marquez IV, one we truly admit as total defeat. It was a TKO in Round 6, where Pacquiao got a lucky punch before the bell rang. Such a surprising defeat.

With those, Manny Pacquiao fell to 6th position in the pound-for-pound rankings. Do you think our dream match Pacquiao VS Mayweather will still take place in 2013? I’m still hoping for this one. How about you?