We have missed so much this moment where the regular season would end for a while and the three survivors would go for the finals. In this week 9 of the Dancing with the Stars Season 11, Bristol Palin made it to the finals. They too were surprised that Palin made it though she wasn’t as high as Kyle Massey and nowhere near the league of Brandy and Jennifer Gray. But as they reveal the dancers whose up for the finals, they were expecting it to be Brandy, but co-host Tom Bergeron announced that Palin would go instead of her. 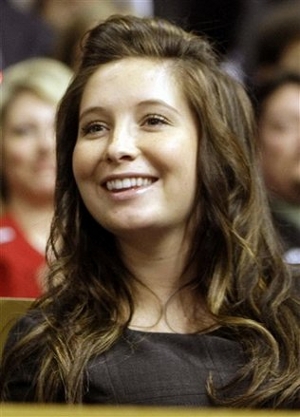 Some may be pissed, but that’s life. Bristol Palin may not look like a skilled dancer compared to Brandy, but I get the reason why she was chosen to go to the finals with the others. Dancing with the Stars Season 11 will soon end having the finals end in grand, and new winners for the current season announced.

Any violent reaction for Palin instead of Brandy? Anyway, different people have different perspectives. It doesn’t matter who do you want it to be, what should happen will happen. 😀

Oh by the way, Bristol Palin is cute! She’s so lovely, though I’m not bias here.