After the controversial fight of Manny Pacquiao and Juan Manuel Marquez, here we get to see a part two of Cotto VS Margarito.Â Way back in 2008, Antonio Margarito won for their first bout with Miguel Cotto. Many believed that there was a controversy about the gloves of Margarito. A powerful punch that caused by loaded gloves, the viewers and the fans of Cotto claimed.

Now for the Cotto VS Margarito 2, it would be the test of who really is stronger between them. Cotto proved to be strong, despite losing to Pacquiao. Well, both Cotto and Margarito lost to Pacquiao, but it seems Cotto proved far stronger than Margarito.

In Round 10, the fight was stopped because of the decision of the doctors telling Margarito ineligible to fight anymore. His right eyes was fully shut. If it were to continue, his right might get blind. 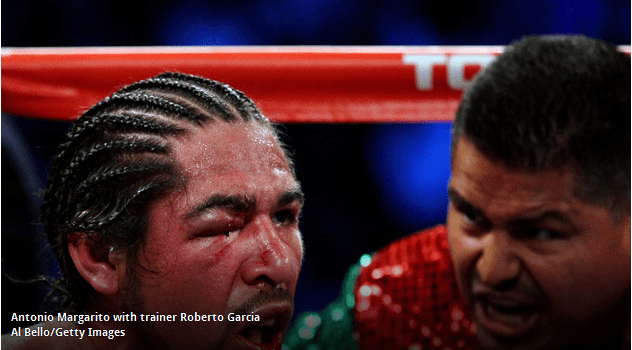 Cotto took the advantage of Margarito’s right eye which underwent a surgery. After he inflicted a cut in Round 3, he managed to target it until the TKO decision.

Splendid win for Cotto, don’t you think? I believe there’s no controversy about this anymore. Do you agree?