I might just say ‘Goodbye CJ Corona!’ as the Chief Justice Corona Impeachment Trial ended with 20 saying guilty, 3 Not Guilty and 0 Abstain. Well, for me, that’s to be expected. With that much amount of money, I could even say he’s guilty by just watching the impeachment trial via television.

It’s not that I hate CJ Corona, but I have a hunch about him and Gloria Macapagal Arroyo’s conspiracy. And how could he explain those bank accounts and big amount of money? I doubt you can just earn that, or even if he’s saying about inheritance, I still doubt it. 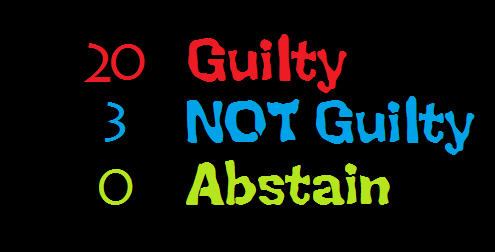 He just lost trust from the people. I completely agree with the 20 senators that convicted him as ‘Guilty’. Tom improve better our Supreme Court, we should move on with a new Chief Justice that should be fully screened and tested of his/her integrity.

How could you trust someone who even showed bad attitude towards his relatives? And primarily because of MONEY? How could you say he gives true justice if he doesn’t even exercise it to himself? And how could you say he’s NOT GUILTY if he just walked out from his impeachment trial? 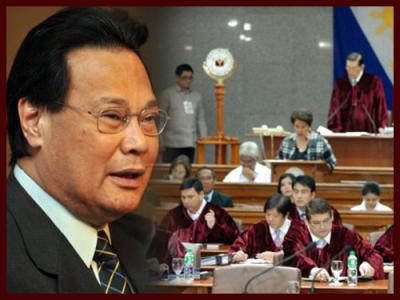 I’m not saying that he’s feigning his sickness like what Gloria Arroyo is doing right now, but come one, we can’t just turn a blind eye from his mistakes.

So even I judge him as, GUILTY. We’re both from UST, but I just believe no to acquit him. What do you think about this issue?