The odds are up for Donaire. Boxing analysts are going for “The Filipino Flash” as he has the advantage in this fight when it comes to fighting style. Also, Nonito Donaire has a good momentum this year 2012 in his boxing career. 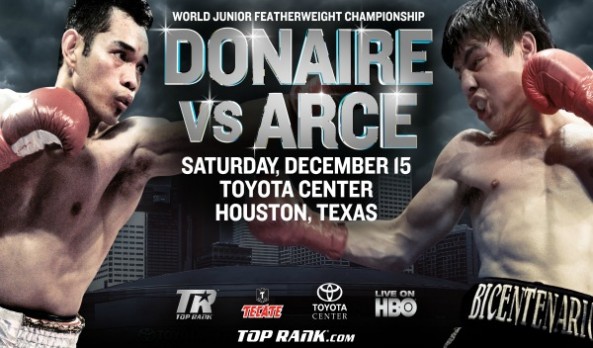 Though Manny Pacquiao lost last December 8, it’s time we root for Donaire as he defends his WBO & The Ring Super Bantamweight titles. I really believe that Donaire will win this fight, also with a knockout finisher.

So what are you waiting for? Watch Donaire VS Arce live online via streamings available or try HBO, ABS-CBN or pay-per-view offered in grills, bars, cinemas or cable companies.