Orange Bowl is an annual college football bowl game by the Americans held in Sun Life Stadium in Miami Gardens, Florida. It is done usually in January 1, since it started way back from January 1, 1935. It’s Diamond Anniversary took place in 2009. 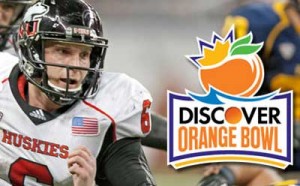 The reason Orange Bowl is trending is because Florida State won 31-10 over the Northern Illinois. It was a spectacular game, especially to those football fans. Plus, Jordan Lynch, quarterback of the NIU is quite popular too after the game. Why is that? Better watch a replay of the game.

By the way, Congratulations Florida State for winning a game in Orange Bowl.