Just what I expected, this Apocalypse 2012 or End of the World 2012 was a faker. The new year 2013 came already, and so those who reallu believed in that could be going crazy now. Well, the hope of the people for to live long can’t be defeated easily by just a prediction or rumor even if it came down by history of so called Mayan shits. 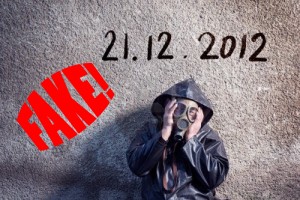 End of the World Was Fake! I never believed on this anyway. So I guess, people should quit believing on this stuff. For God so love the world, He won’t let this happen to us, His creations.