Abner Mares is undefeated, and I can say has strong punches too. His fighting style is a bit like Manny Pacquiao, strike anywhere. Donaire and Mares have the opposite style, and we will witness which will dominate in the boxing ring. The intellectual one or the aggressive one? 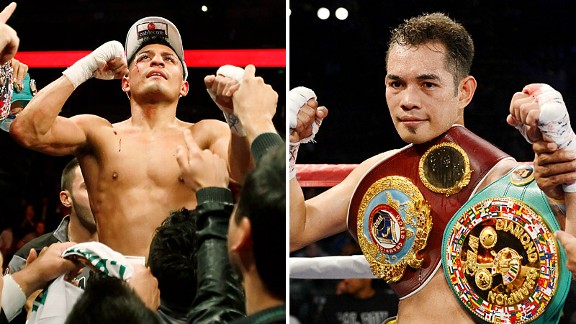 Honestly, I’m sort of scared for theÂ Nonito Donaire VS Abner Mares because of there’s a chance Donaire would fall to this guy Mares. He’s too aggressive, and could also be lucky and a bit dirty for his usual low blows. But I guess Mares will face his match at all. Donaire thinks before he throw a punch, and his moves are mostly calculated, so There’s 80% that Donaire will win this fight.

Let’s hope we get to seeÂ Nonito Donaire VS Abner Mares in 2013!