Are you watching the reality-television comedy game Keys to the VIP? It is a challenge for players to show off their skills in a super club. There are various conditions to win every round of the game, and each round is judged by three pro-players.

I was watching Keys to the VIP last summer, and it taught me some moves on how to get acquainted with a girl you know nothing of from the start. I guess the it only works in the United States or other countries in the West, but not here in the Philippines. 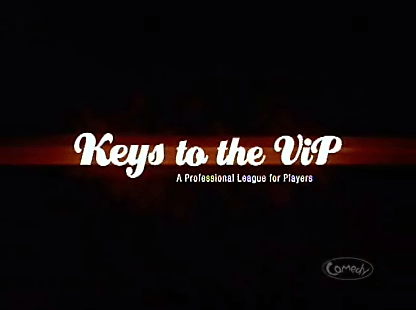 Despite that fact, I’m still inspired to meet new friends in super clubs or even normal places. You should have friends you can’t count with your fingers. But make sure they are REAL at all.

Anyway, for meeting a princess, I shouldn’t do something like that in the Keys to the VIP, but I can still watch that fabulous comedy game reality show, Keys to the VIP.

You can catch Keys to the VIP on Fuse TV and the Comedy Network. If you want to enhance your charisma as well as your skills in getting a girl you want, then I recommend this one. Don’t take all the scenes seriously though.

Keys to the VIP