We’ve known Brock Lesnar for a long time since the start of his participation in WWF and WWE. He went to UFC after quitting in the wrestling entertainment industry. It’s just a matter of time when Brock Lesnar joined the MMA league by means of UFC. Ultimate Fighting Championship really did not anticipated this to happen where Brock Lesnar would retire with just 2 years of career in UFC. 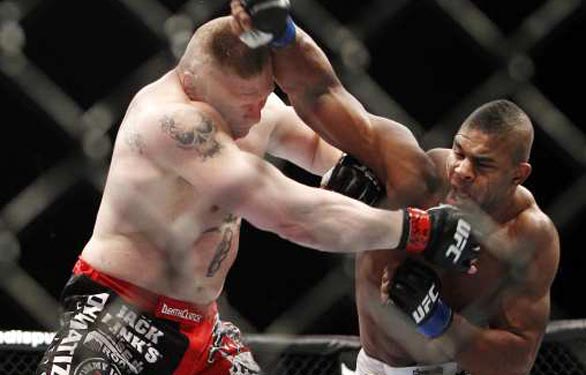 Brock Lesnar explained himself that he will retire if he lose in this UFC 141 where he was against Overeem. In case he won, he will pursue to get back his belt from Couture and Velasquez. Anyhow, Lesnar became a Heavyweight champion in the UFC 100 making a big fuss in the internet and the MMA world.

There are rumors though that Lesnar will go back to WWE, he not minding to have business again with Vince McMahon. Well, I really want to see again Brock Lesnar in the WWE ring doing the signature move F5.

What do you think of the battle between Overeem and Lesnar in teh UFC 141? Any comments?