Actually, this topic trended in Twitter and Google. This SOPA thingy is the reason why there were blackout of sites such as Wikipedia. A little introduction here, SOPA or Stop Online Piracy Act is a bill introduced by US Representative Lamar S. Smith against online piracy and trafficking in copyrighted intellectual property and counterfeit goods. 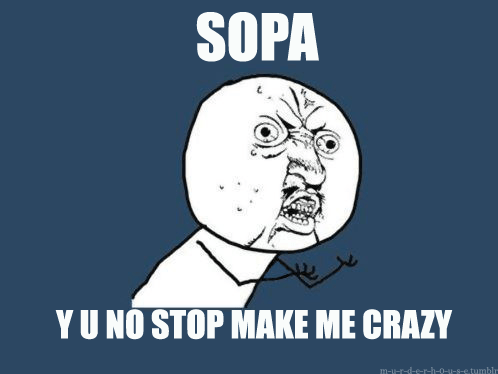 This SOPA has a scope from videos to files. There are even more reports that if SOPA is implemented fully, sites like Flickr, Tumblr and such will also be affected.

For a surfer like me, I’m very AFFECTED by this SOPA crap. Come on, I won’t be seeing my favorite anime and TV series because of this SOPA bill. There’s also this PIPA (PROTECT IP Act or Preventing Real Online Threats to Economic Creativity and Theft of Intellectual Property Act), but the hell I care about that too. 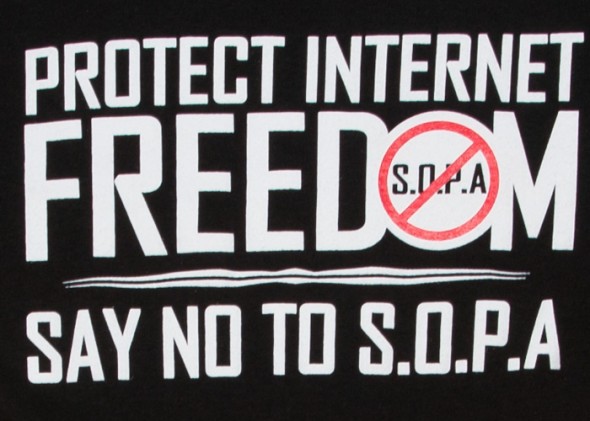 Imagine having no Piratebay where we get our Torrent files? What kind of life would we live having to spend every download? Would you become happy with SOPA? Share what you feel about this, and become one of the fighters against SOPA! SAY NO TO SOPA!