This is yet another crime that we should not overlook. Every criminal we let their crimes unpaid, is like building a bridge for other potential criminals to cross the world of crime.

We heard the news about a tourism student from St Paul University murdered by her boyfriend last February 2, 2011. It seems they quarreled about something that lead to the overflowing anger of Kristoffer Von Moraleja, stabbing 10 times on different parts of the body, and was believed that 3 of those went through her heart. It has been 1 year already, but the culprit still hasn’t been found. The issue must be reopened!

The victim is named Mizzielle Jamyka Cruz Gutierrez , she was just 21 years old. She could have lived longer if no for her DEMON boyfriend.

Kristoffer’s father, Von Moraleja, knowing he’s an ex-police and currently a Barangay executive, has no heart, even the Barangay tanod(watchman) who let the criminal escaped.

Here are some of the pictures of the EVIL – Kristoffer Von Moraleja. I can’t imagine SOMEONE able to love this guy. His face is pathetic, not worth loving for or having a crush on. This proves how the world is very circular, or oblate spheroid. 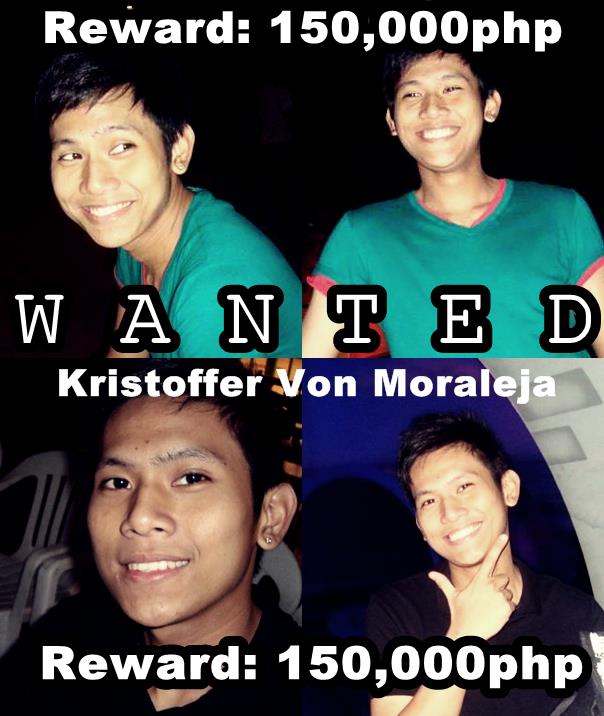 Now if you have a heart, you can LIKE, SHARE, TWEET this blog post so the word can be spread to all the Filipinos out there. (You can find it in the left side, floating)

Spreading might help lead to the fast seizure of the murder and his evil family that tolerated the crime of their relative. Now the whole family went into hiding right after the murder.

If you think you can tip about the whereabouts of the MORALEJA family, contact:

You can also email or message them on Facebook at:
[email protected]